Just in case you are ever in a scenario where you have to feed ten hungry women who are finally recovering from their hangovers, I have a recipe for you. That recipe is chicken and veggie fajitas. Turns out fajitas are great for weeknight dinners for two people as well. Quite versatile, some might say.

My light bulb moment about fajitas happened at my friend’s bachelorette weekend celebration. We had stayed out all night on Friday, and then on Saturday went out for brunch and THEN went to a mixology class (yes, that meant more alcohol). We were quite ambitious. After our cocktail class we decided to pick up some food to make for dinner at our shared Airbnb. With plenty of help to chop and dice we had the fajitas cooking in no time. They are a miracle for feeding a crowd—easy to make in large batches, and everyone can assemble their own final version. Whether that be carb-free or gluten-free or paleo, making ten ladies happy is no small feat. 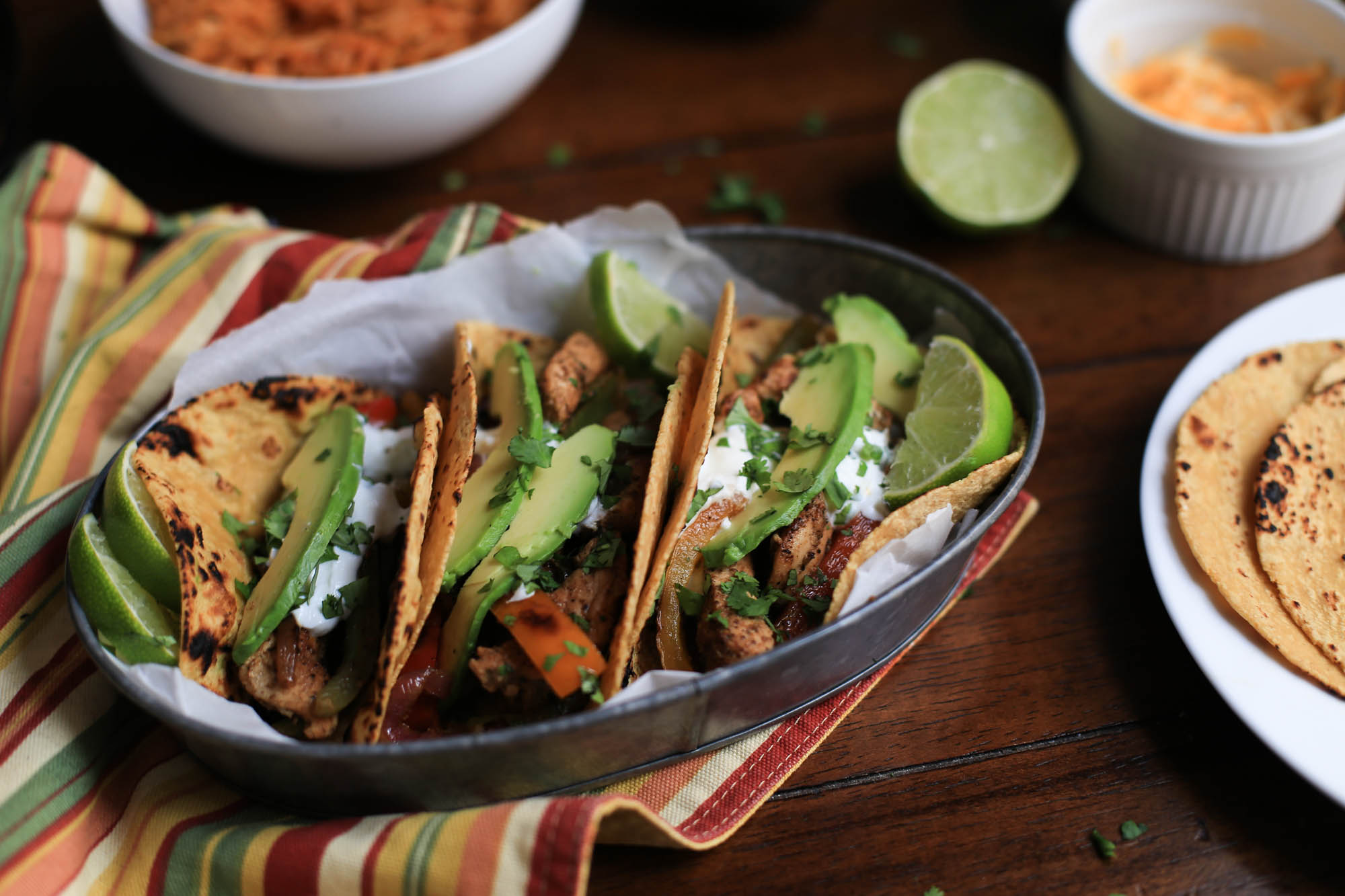 This setup also works well for families and picky eaters. Each person can eat what they want. I also appreciate how all of the prep (the slicing and marinating) can be done ahead of time (perhaps during nap time?) and then the food only takes minutes to cook. In ONE pan!

This recipe is how I like to make my fajitas. No store-bought packets required, just spices from the cupboard. A large batch of marinade is whisked together for both the chicken and the veggies. A lot of people don’t marinate the veggies but I think it adds so much more flavor! Also the longer you can let the ingredients sit in the marinade, the tastier it will be. 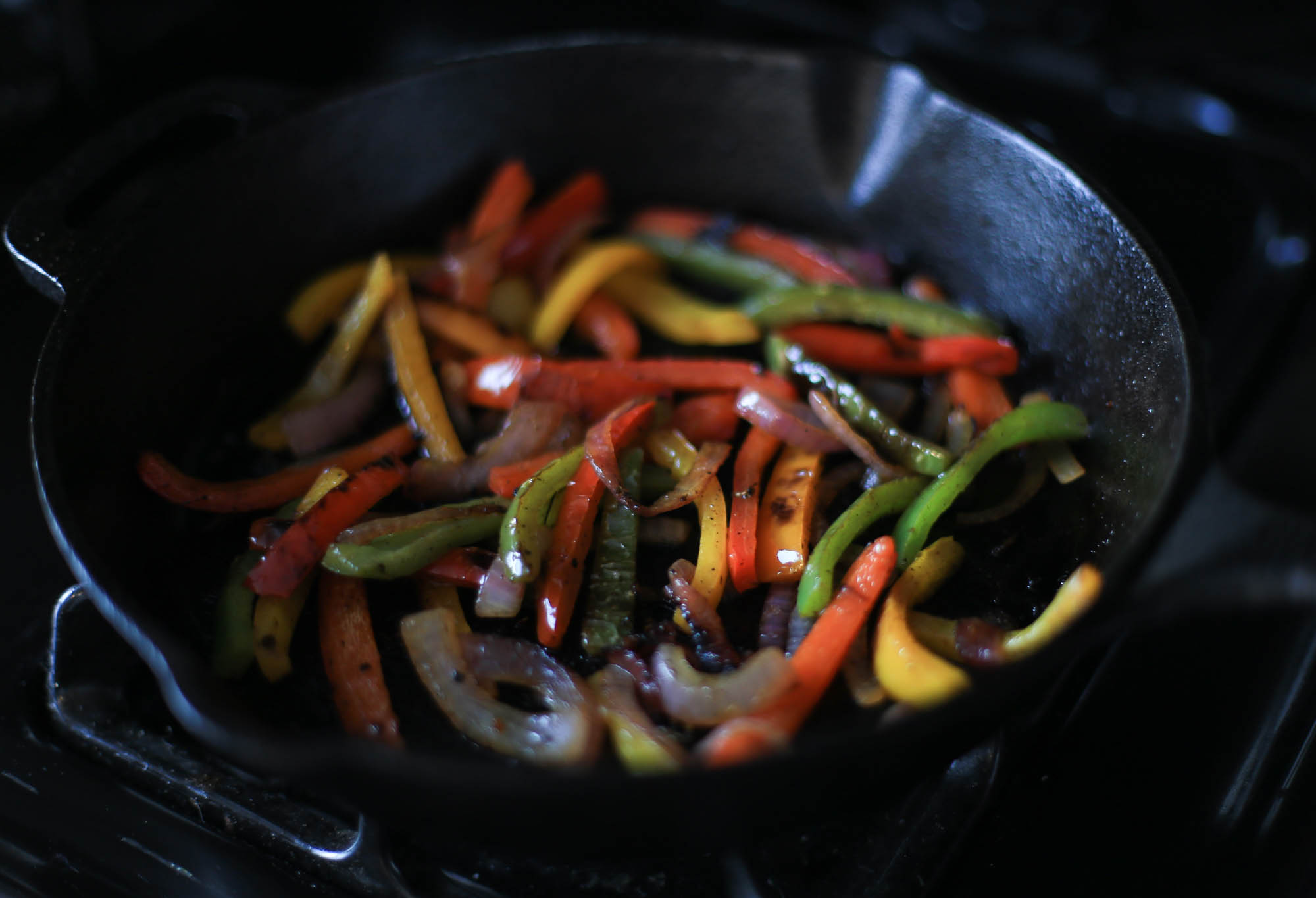 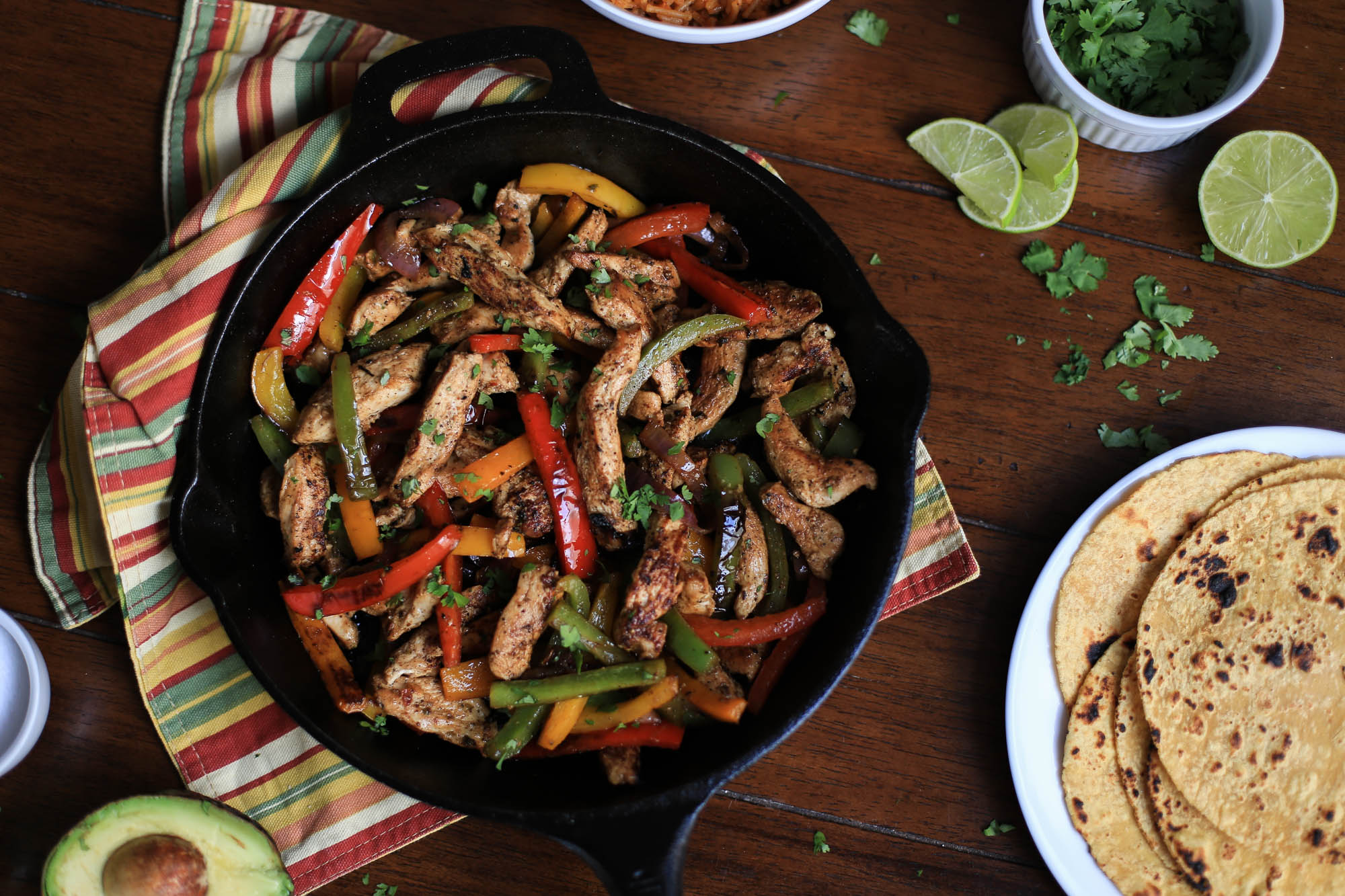 Cook the veggies first over high heat. I made mine in two batches to get a better sear and to avoid crowding the pan. They only take a few minutes because you still want them to have a bit of bite. The chicken follows, also in two batches, at least with my little cast iron. The chicken should sizzle when it goes in the pan, otherwise the heat isn’t high enough.

Once the chicken is cooked through it’s up to you to build the rest. Warm tortillas, salsa, sour cream, guacamole, salad, the world is your oyster. An easy and healthy weeknight meal served sizzling at the table. 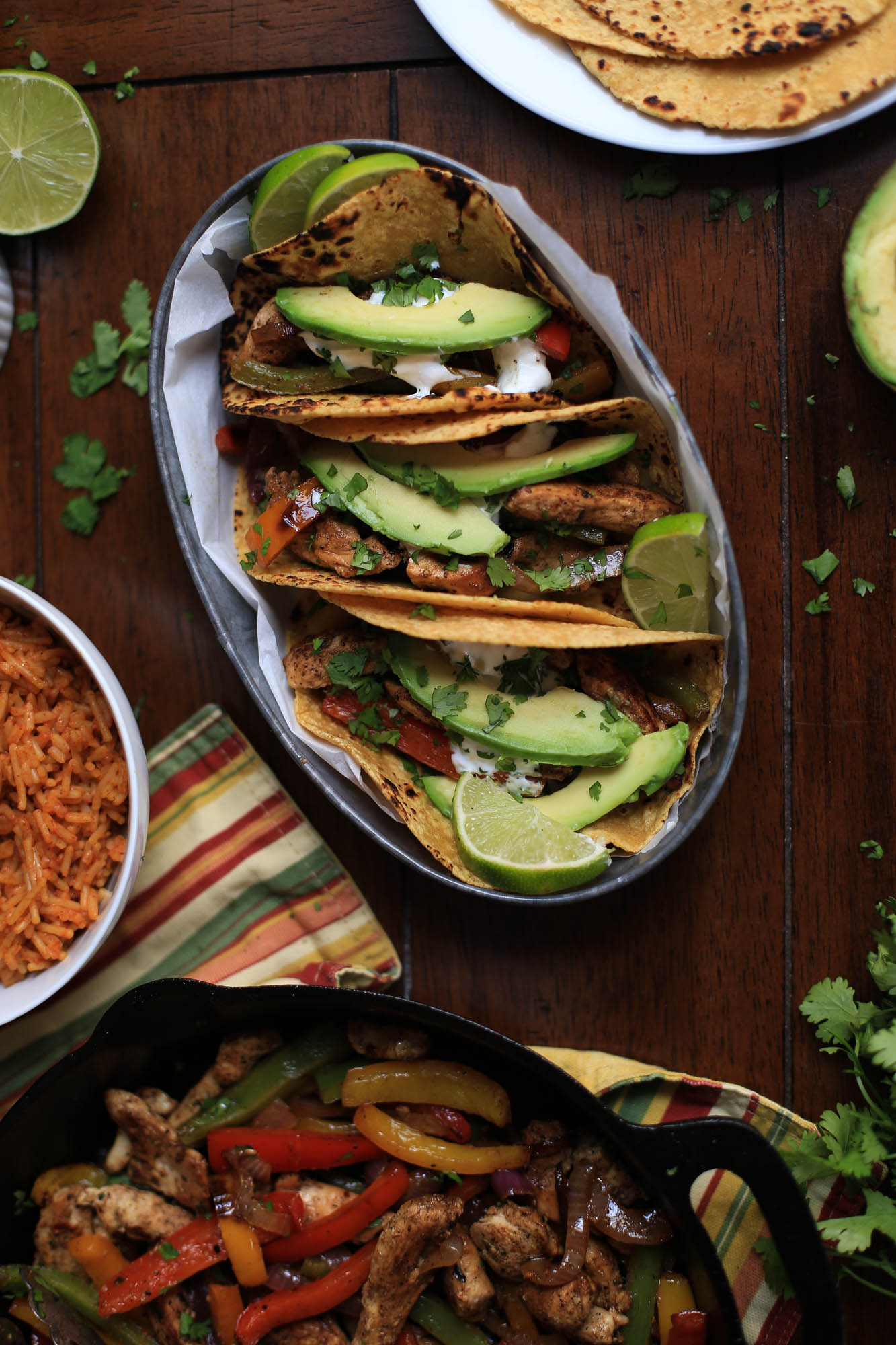 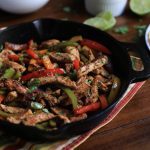