It almost seems inevitable—at some point during the winter you’re going to catch a cold. It might not be too severe, or it could be the works. Sure enough, last week I was feeling under the weather and although I knew this smoothie might not cure me completely, it couldn’t hurt. It was especially easy to get my vitamin C when it tasted as good as this smoothie. It’s packed to the brim with sweet, frothy, fruity flavor and antioxidants to help out your immune system. Orange julius to the rescue!

This is a healthy version of the orange julius you might have ordered at the mall, but without the unnecessary sugar load. Remember those days back in middle school when you would spend hours hanging out at the mall? It baffles me that so much time was spent there. And of course you had your favorite food court spots (Japanese teriyaki and Orange Julius for me). Orange julius is a drink that tastes more like a dessert more than a smoothie. Almost like a giant creamsicle, but not as thick as a milkshake. Yeah, sounds pretty good, right? 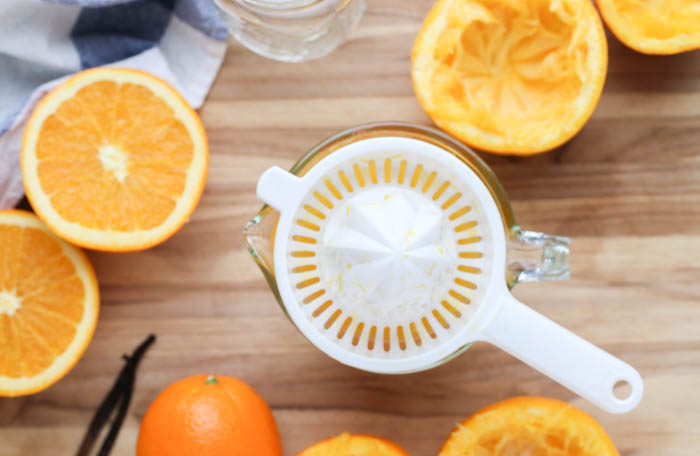 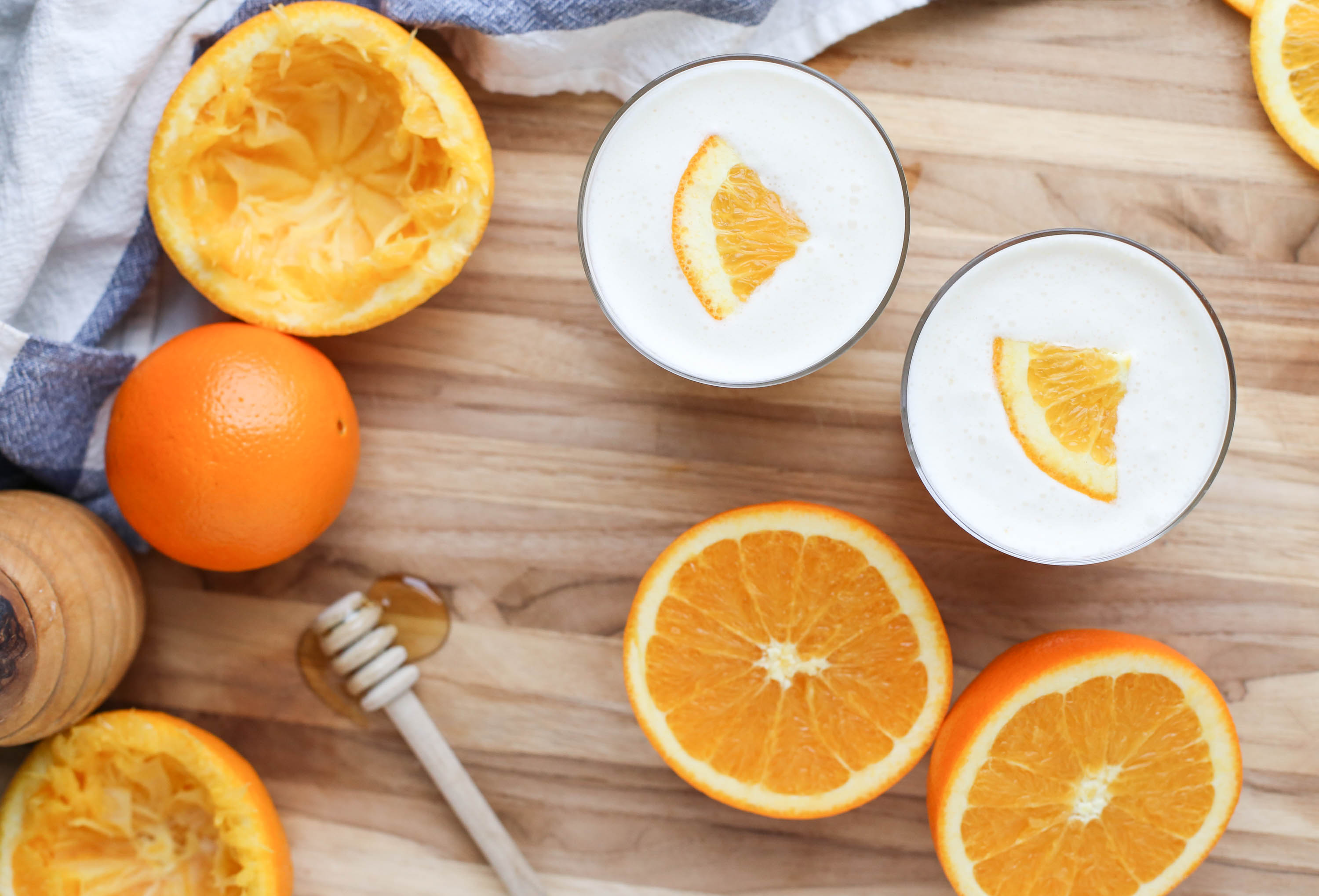 In this recipe fresh orange juice is combined with coconut milk—yes coconut milk!—a bit of honey, and vanilla. If you’ve never ever picked up a can of coconut milk at the store, now is the time to try it. It can most likely be found in the international foods aisle. The delicious, creamy flavor that the coconut milk provides is part of the greatness. I’m really not sure if the smoothie would taste as good with regular milk. Almond milk might be okay. I recommend placing the coconut milk in the refrigerator so that it gets nice and chilled.

I’m also trying to switch back towards healthy eating after completely ignoring my resolutions lately. It takes baby steps, and I usually start with nourishing smoothies such as this one. First, I used my arm muscles to juice some oranges. Does that count toward my daily exercise? It took two large oranges for one cup of juice. Fresh is best.

For the next step (if you have the time) freeze the orange juice into ice cubes. This gives the smoothie a smoother texture. You won’t have to add as much ice at the end, which means that the drink would be less watered down. But if you don’t have the time, don’t worry about it. I’ve made this plenty of times without freezing the juice and it still turns out great. 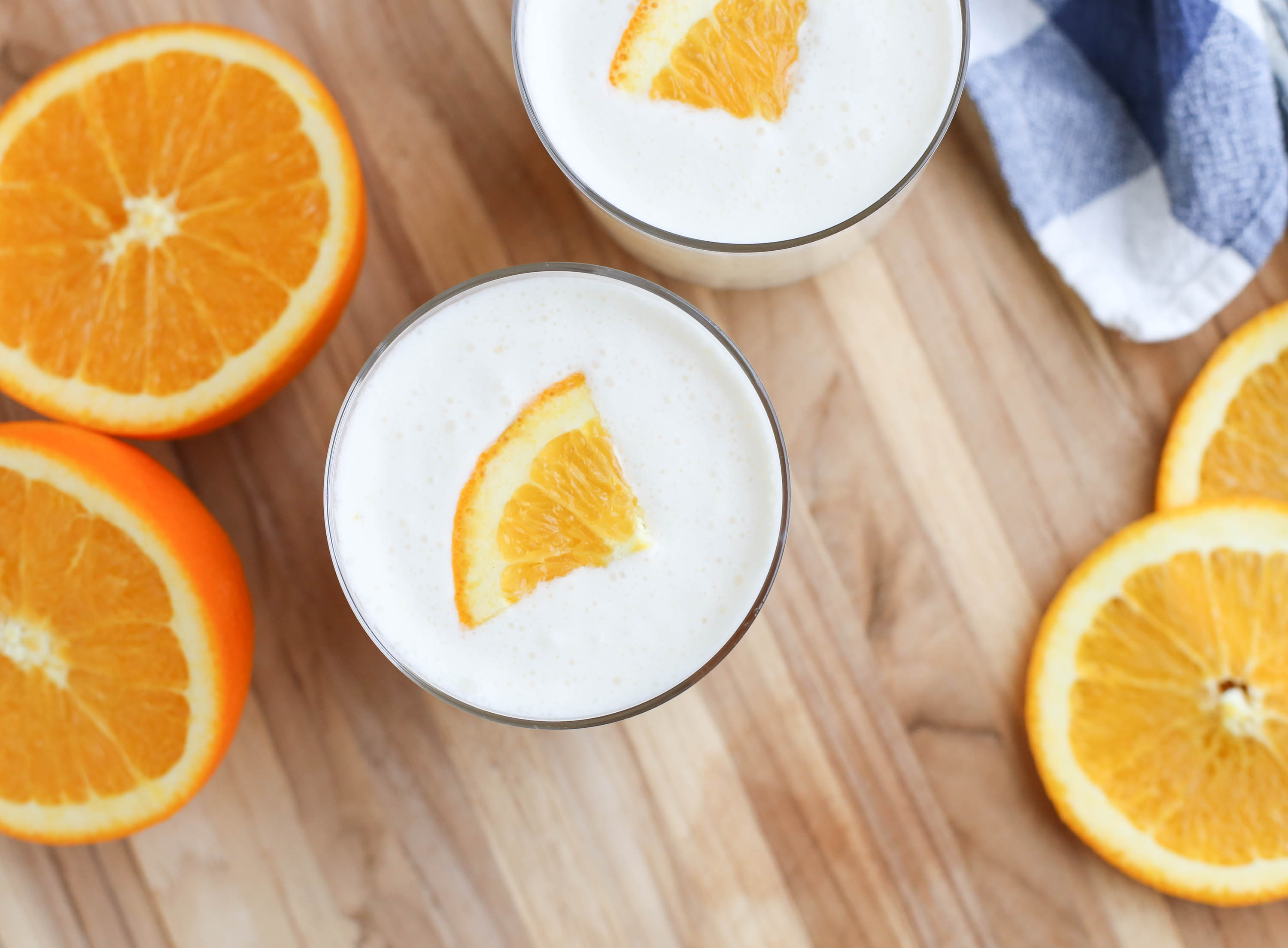 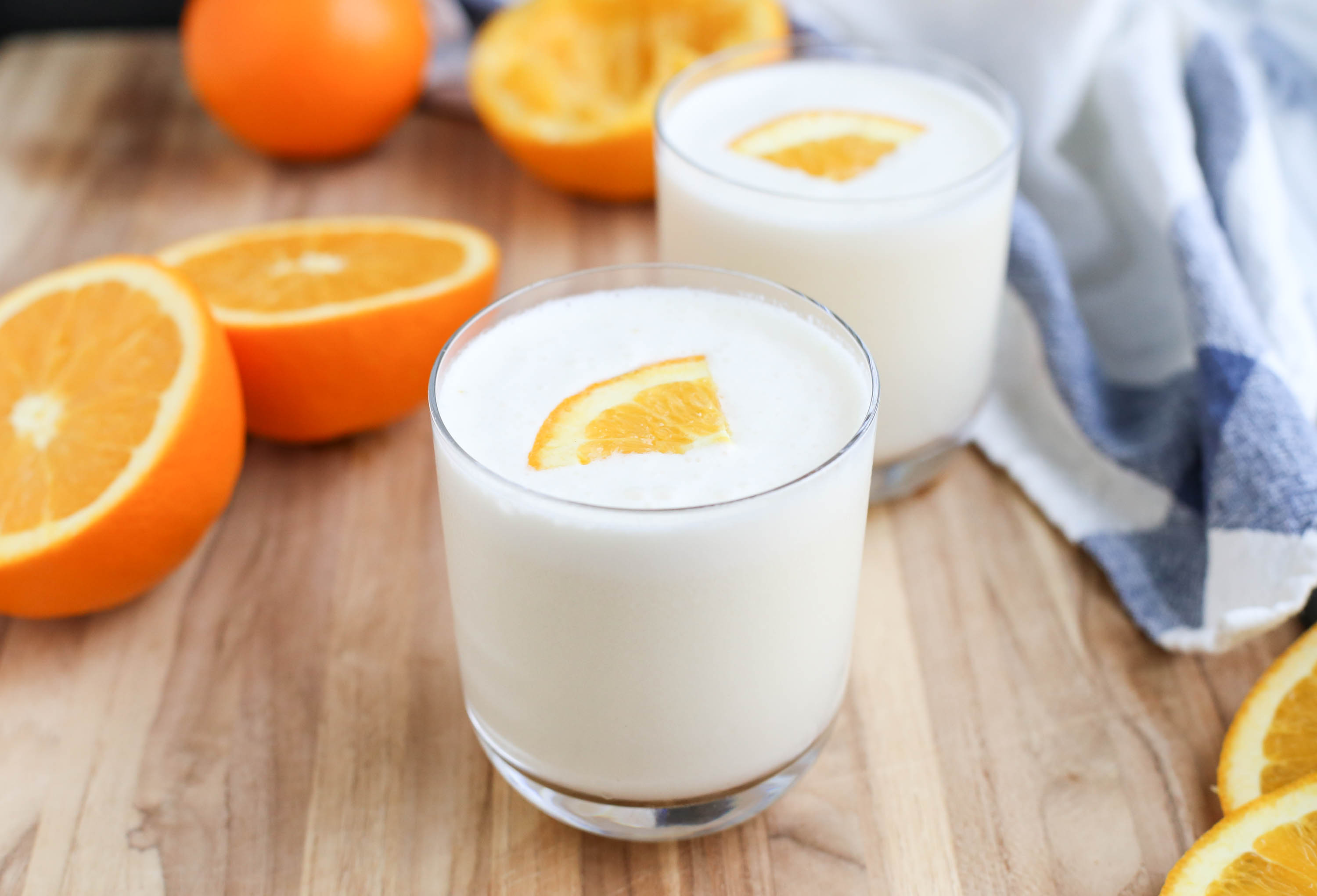 Next time maybe I’ll try a blood orange julius. Sounds perfectly villainous. Citrus fruits are one of the few exciting things to be found at the grocery store in the middle of February. Not much produce is in season, and it’s too early for the first greens of spring to start showing up. Perhaps nature knows that it is cold and flu season, and wanted to give us the means to fight back. Thanks, nature. Do your immune system and your taste buds a favor and make this orange julius.