Popping in today with a recipe just in time for – you may have guessed it – the Super Bowl! Last year I took a look at the history behind the ever-popular buffalo wings, and how the heck they got their name. This year for the big game day I decided to share a recipe that can feed a hungry crowd, made on one sheet pan: loaded pulled pork nachos.

These nachos come down to three basic steps: Make pulled pork. Assemble nachos. Eat and eat and eat. Sheet pan nachos are wonderful party food for serving a lot of people. So this could be for the Super Bowl, or, you know….dinner for the family on a Tuesday. Let the pork cook all day (or even the day before) and then by game time you can simply put together some nachos. 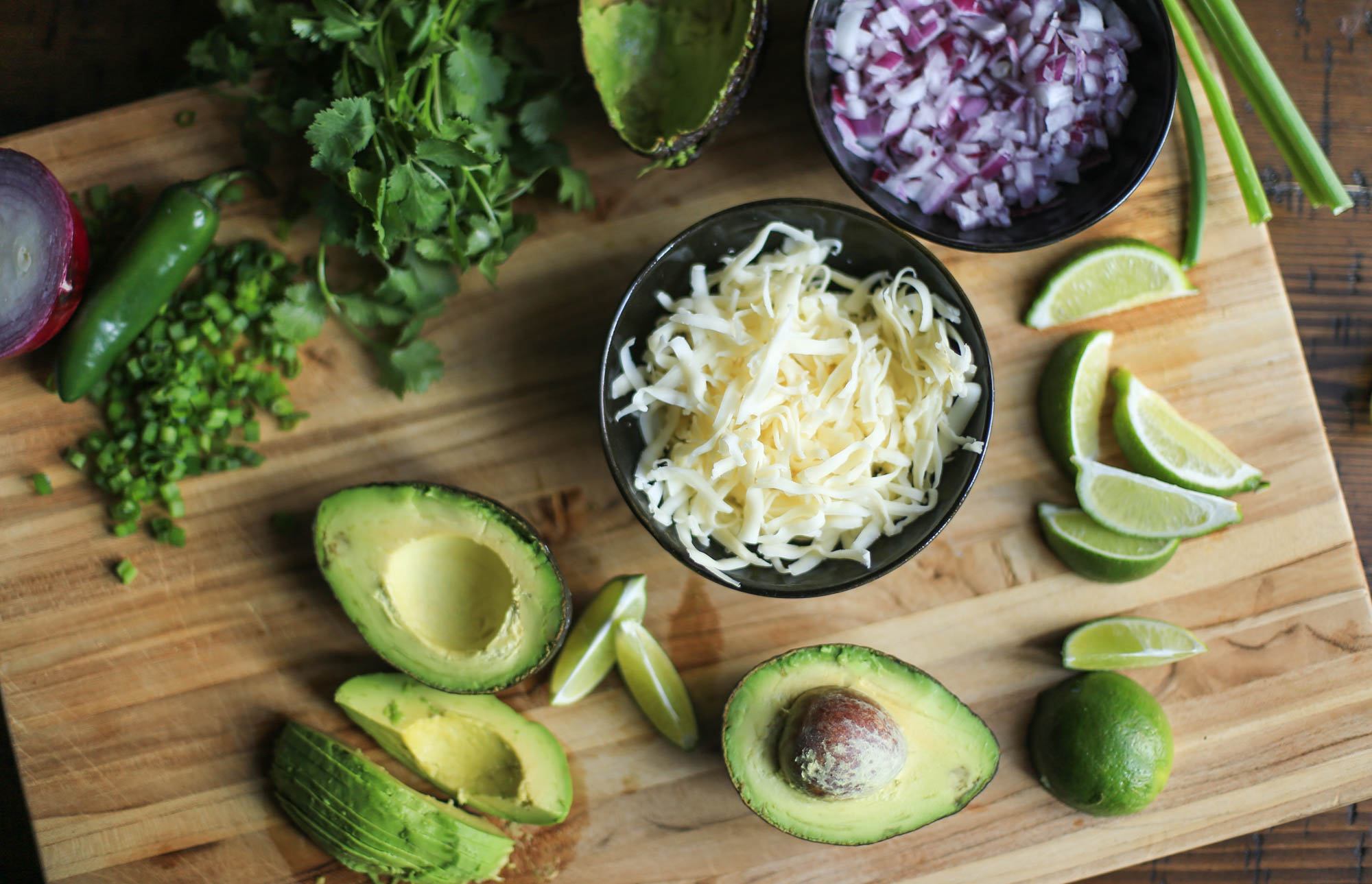 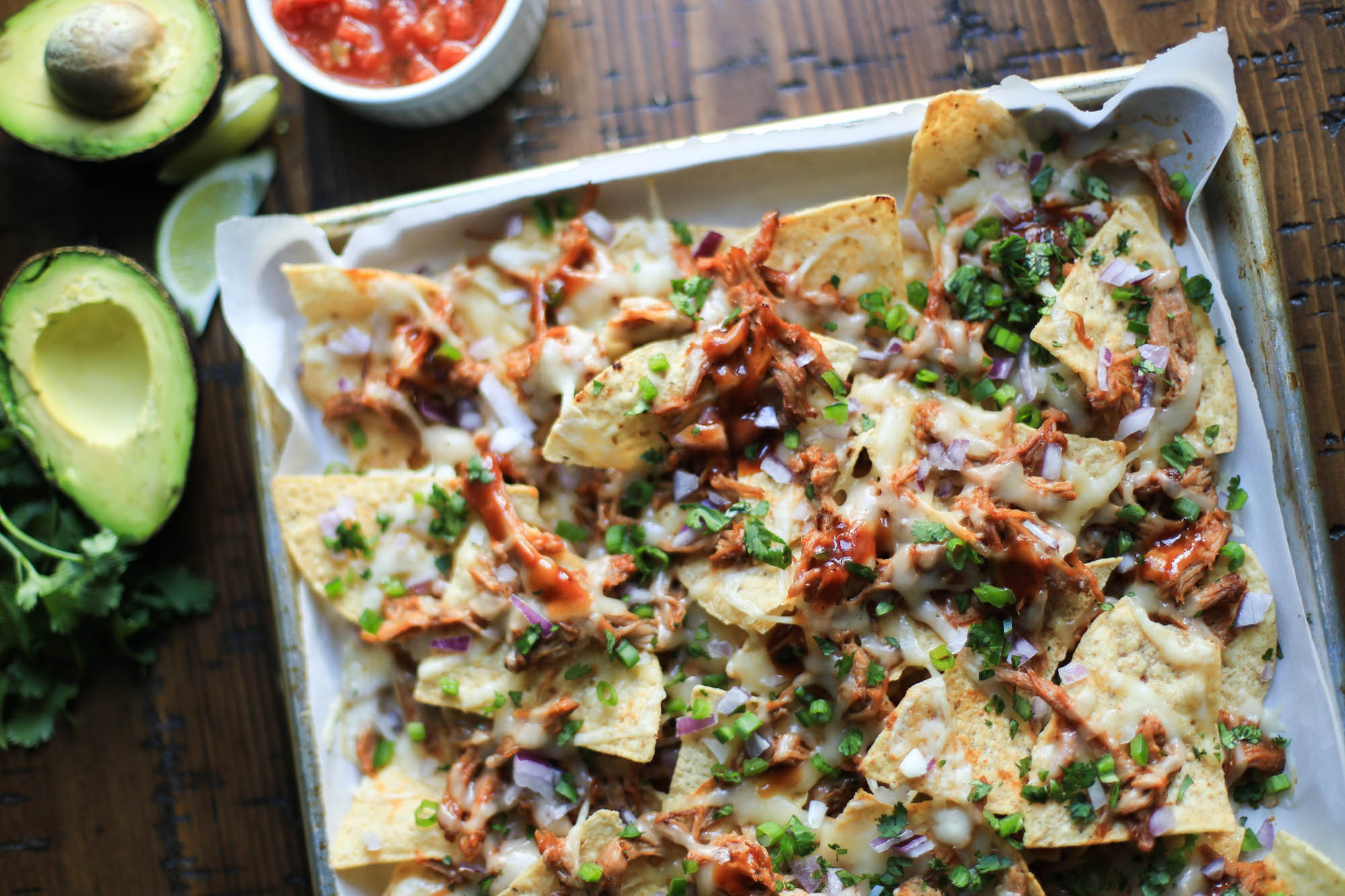 This recipe is a considerable upgrade from those round nachos with bright orange cheese, served in a plastic container, that I used to eat endlessly at middle school sports games. Chips and cheese are something I will always love, though now I’ve taken nachos to the next level, and I’m not sure I can ever go back because these are JUST SO GOOD.

I’ve added layers upon layers of deliciousness to this recipe, starting with the pulled pork. I decided to prepare the pork in the slow cooker. A couple notes about the slow cooker pulled pork recipe, if you decide to also make your own: 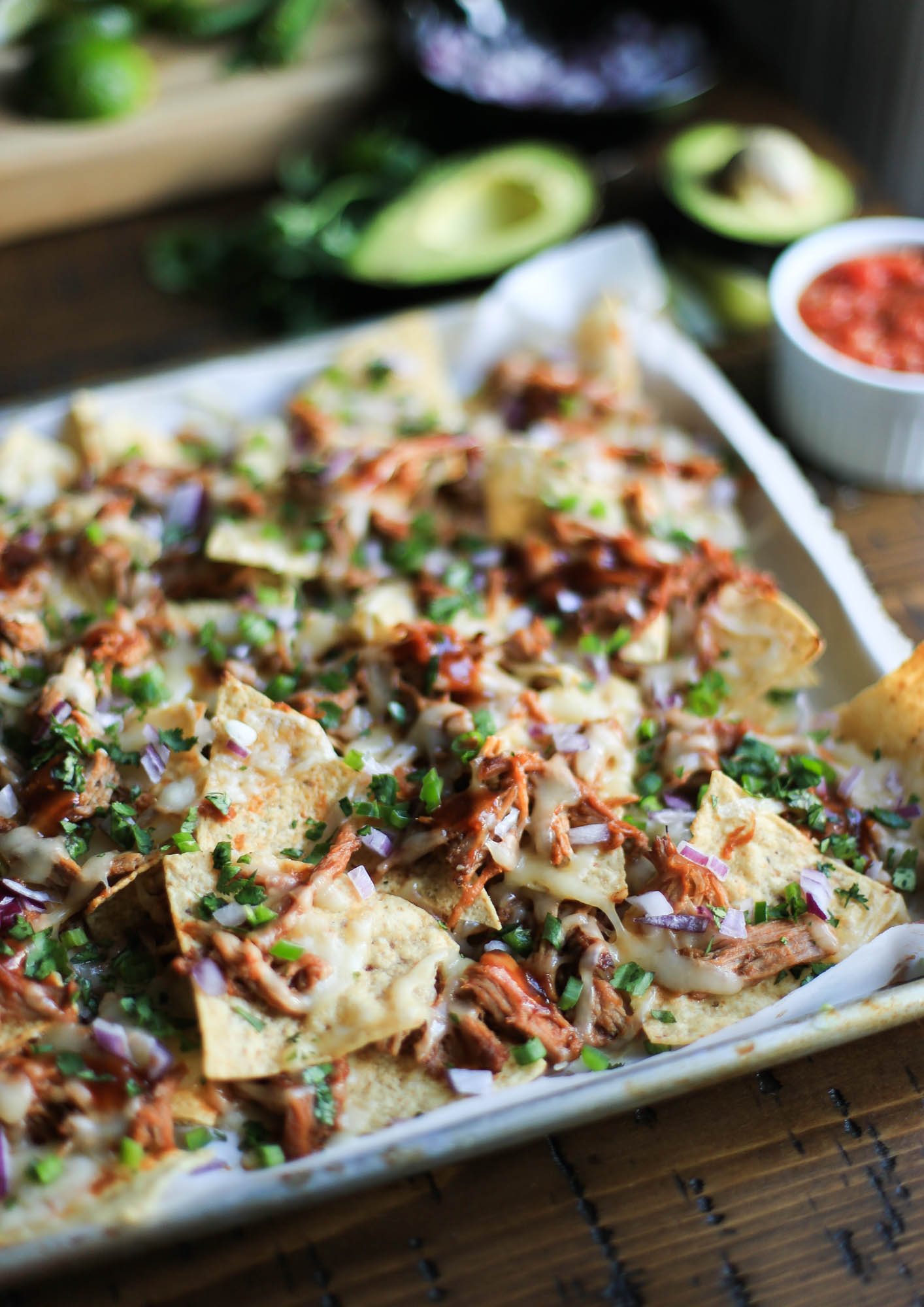 And then to the main event, the sheet pan pulled pork nachos. A few suggestions:

Other than that, I have to say that sitting down to enjoy the assembled pulled pork nachos while watching some TV, whether it be football or figure skating (Olympics soon! YAAS) is a meal well-earned. Layers of the crunchy chips, gooey cheese, and BBQ pulled pork, loaded with all the toppings, completes one epic plate of nachos. 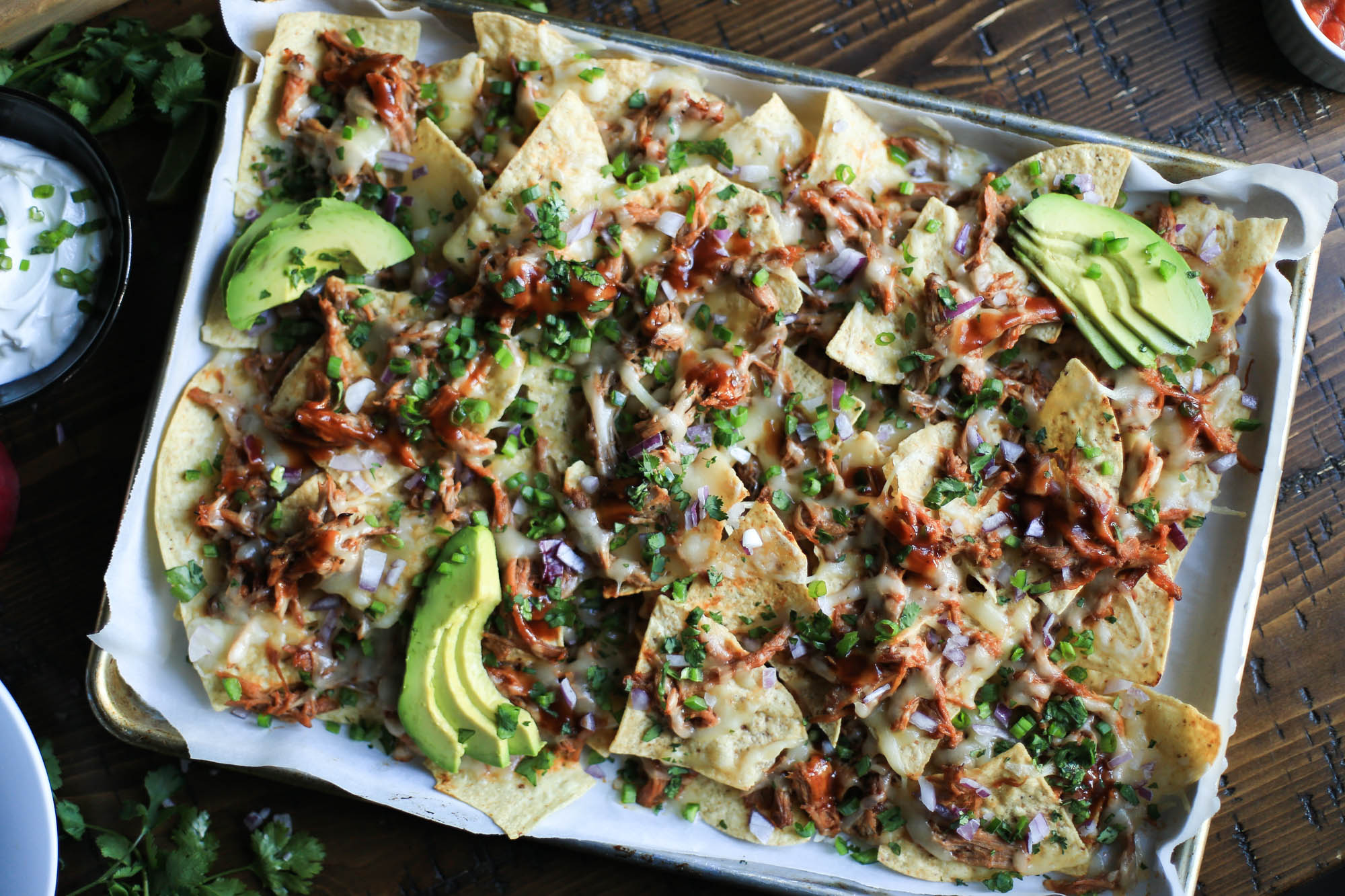 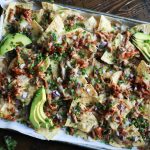