Shaka what? Shakshuka is the North African breakfast dish you’ve never heard of, but should make for brunch this weekend. Saucy goodness, in one skillet. Is it a breakfast food, is it a dinner food? Who can really say? I have made it for breakfast, lunch, and dinner so there is no wrong or right way. Tomatoes and bell peppers are stewed together on the stove, with eggs cracked in right at the end.

Perhaps you have heard of shakshuka, and have even tried it. Then you know. You know how delicious and flavorful it is. If you are in my immediate family, I’ve served this to you alongside another favorite breakfast skillet of mine (the most popular recipe on The District Table). That also means that I tricked you into eating a dish that is Paleo and even Whole30 friendly.

Just when I though cooking Paleo food was the hardest, I decided to try Whole30 a.k.a. the most challenging diet EVER, with my sister (she’s doing it for Lent, and I hopped along for the ride). Trying to find meals that are free of sugar, grain, and dairy –and still tasty– is no small feat. I didn’t even realize shakshuka was friendly to Whole30 when I started this post but can’t wait to make it a couple more times this month. 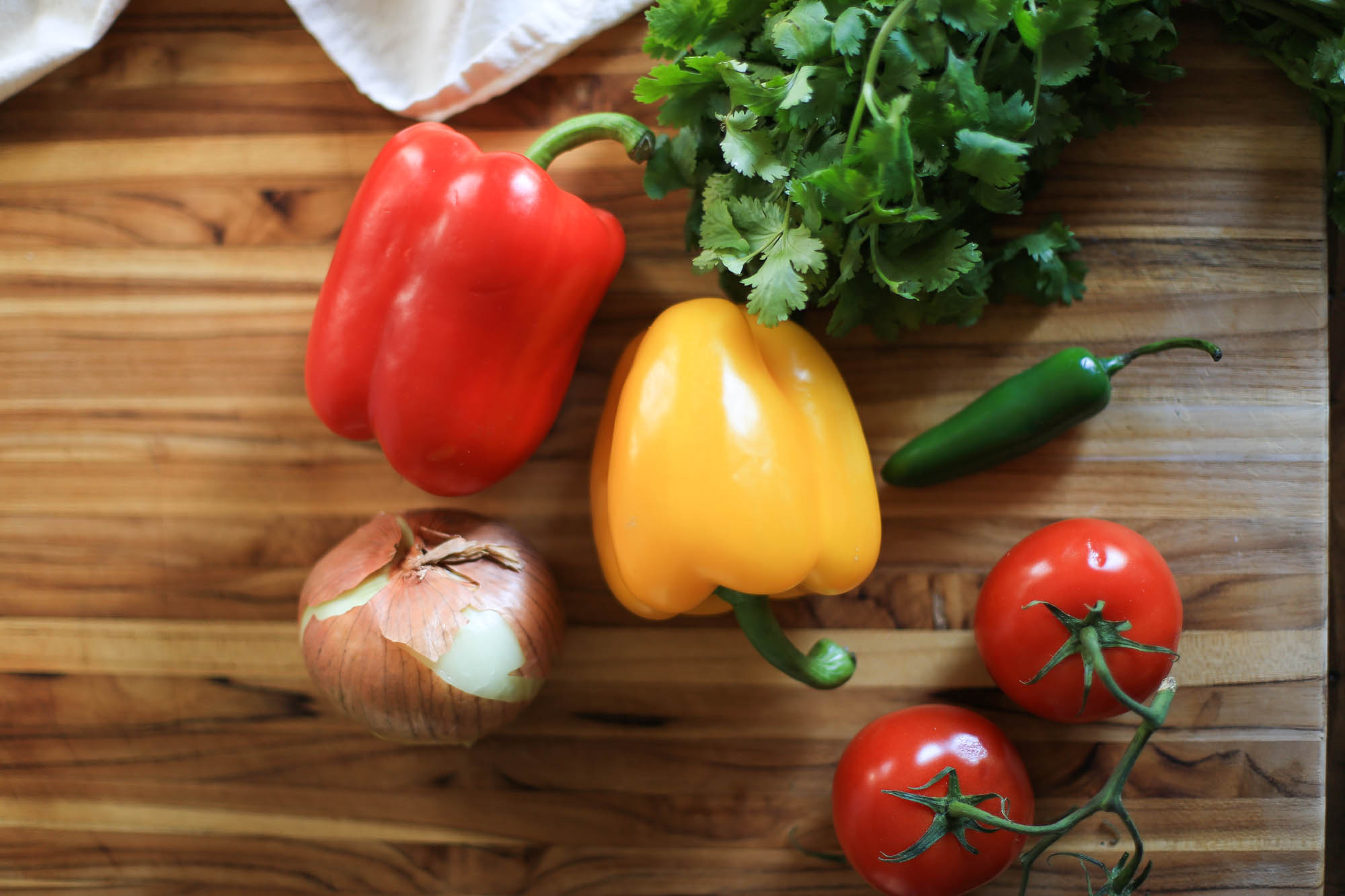 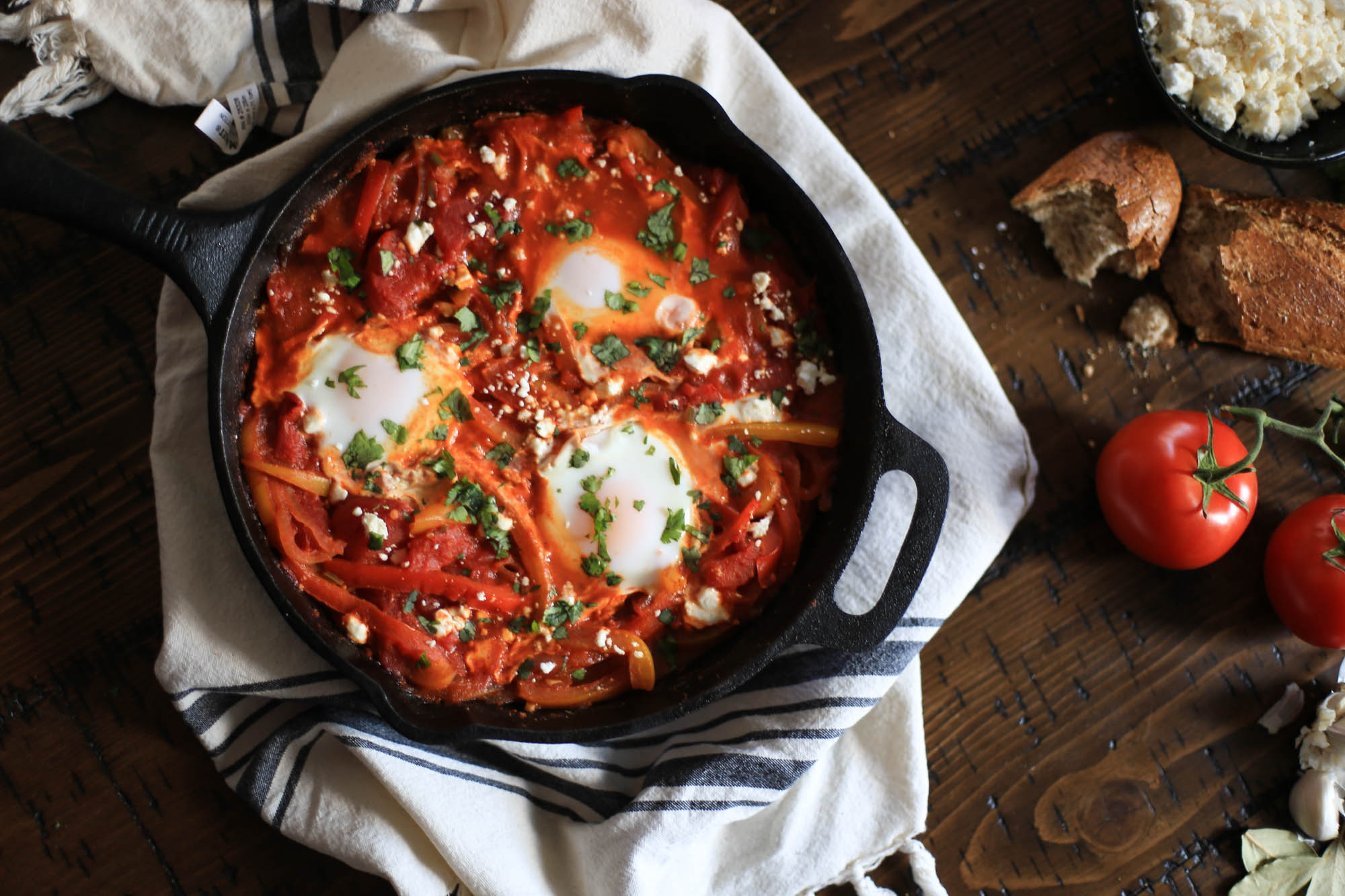 One feature I love about this recipe is that it takes very simple ingredients and turns them into something completely savory and satisfying. When tomatoes are in season I use fresh ones for the recipe, but the rest of the year I like to substitute whole peeled canned tomatoes. Adjust the spice levels of the stew to your taste, plop in as many eggs as you want, and then serve it right in the pan.

Admittedly, my favorite way to eat the eggs in shakshuka is with a giant piece of crusty baguette fresh from the oven. I am dreaming of baguette right now. But for those who are also warriors of Whole30, I think adding potatoes to the stew would be a nice touch instead. Serve hot and enjoy the comforting, savory stew with friends. 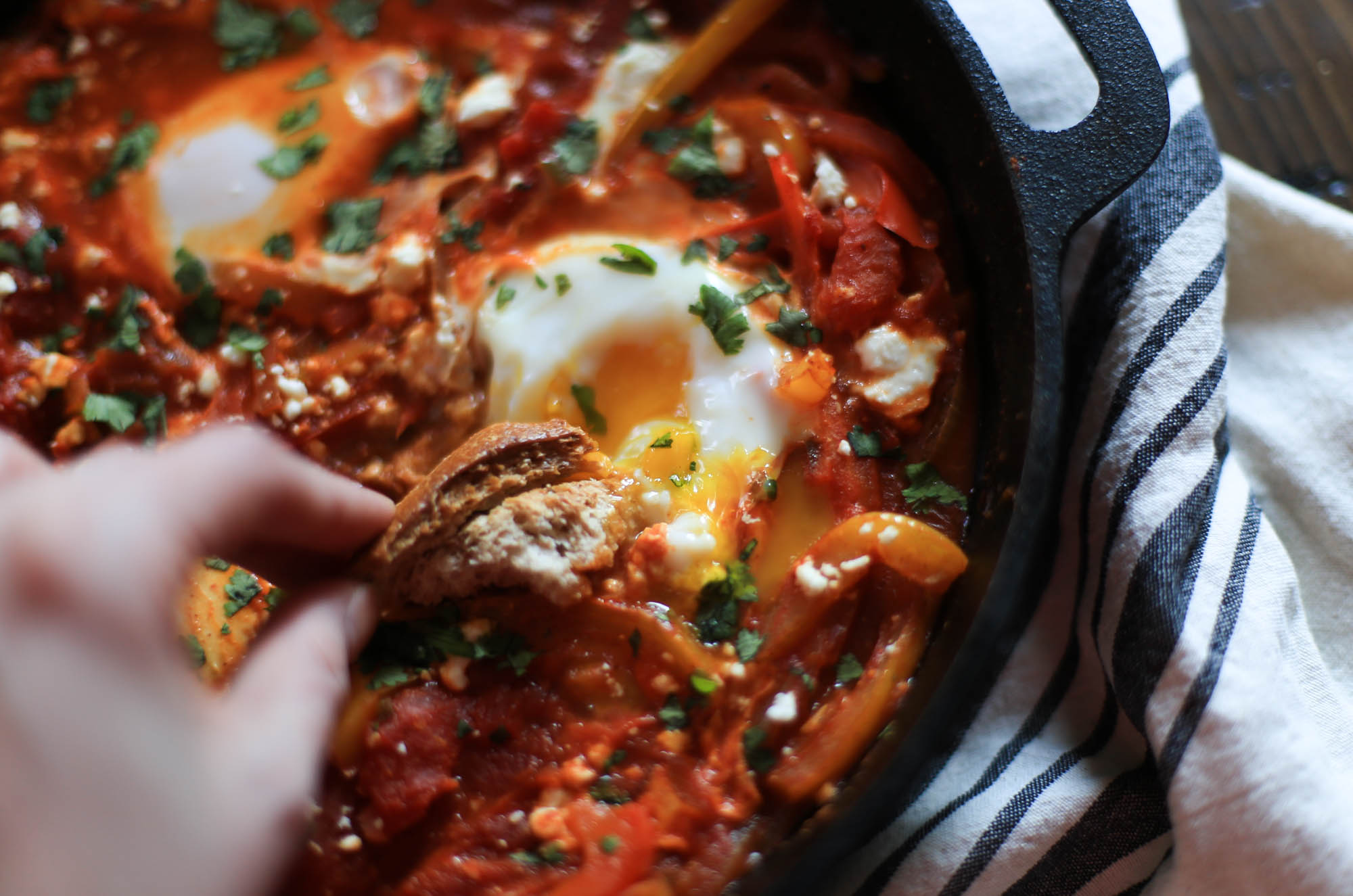 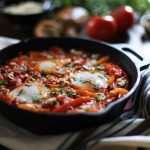